Join ASJA for Dream Bold Atlanta, a one-day writing conference at Agnes Scott College in Decatur, GA, where freelance writers will have an opportunity to meet one-on-one with editors, content providers and agents.

A limited amount of rooms are reserved for ASJA event attendees at Courtyard Atlanta Decatur Downtown/Emory at $159/night. The cut-off date to book your room is Thursday, October 13. Click here to reserve your hotel room.

Named #2 in the most recent listing of the top 100 Reasons to Love Nashville by Nashville Lifestyles magazine, Robert Hicks was described as Nashville’s “Master of Ceremonies.” Saying “being a New York Times best-selling author should be enough – but not for Robert Hicks, award-winning author of The Widow of the South and A Separate Country. His passion for words is equaled by one for preservation, saving the history-steeped places associated with the Battle of Franklin. Writer, speaker, leader, world-traveler, preservationist – one person really can make a difference.”

His third novel, The Orphan Mother will be released on September 13, 2016 by Grand Central Publishing.

Join us for our annual conference at the Roosevelt Hotel in New York City. 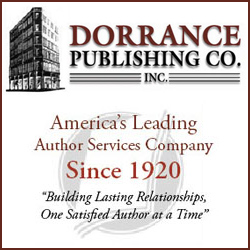